While browsing for crates on craigslist I came across the following Craigslist ad. 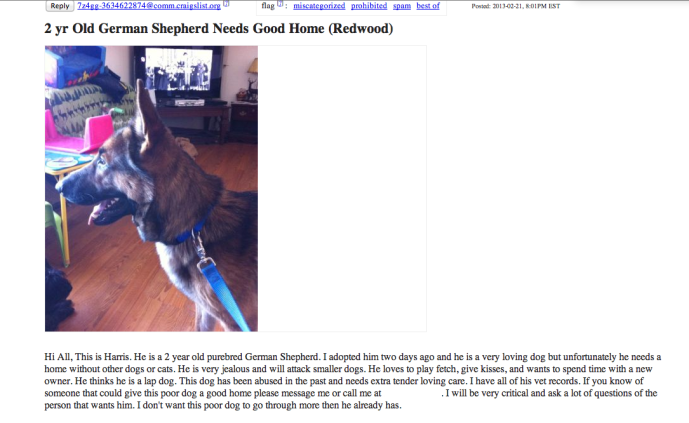 Long story short, I’ve called. Turns out that he didn’t have the best of  life and needs quite a bit of work. He is at least 10-20 pounds underweight, no obedience whatsoever, doesn’t have any social skills around other dogs and is very suspicious. 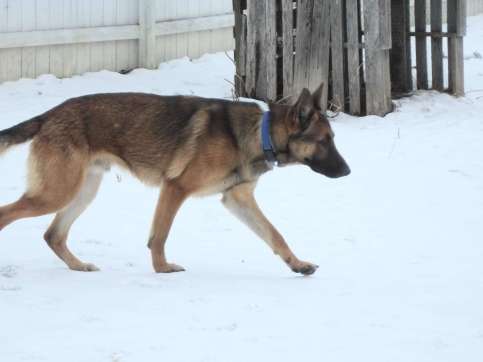 He knows the crate and there were absolutely no issues with him riding in the car while crated. At home, he was rather quiet and crashed for the night.  I’ve decided to put him through a two week Shut-Down to give him the time to settle in. Especially since he is very suspicious of other dogs. This is the type of dogs that needs it. He can’t be tossed into my pack. That would be a disaster. So for now, while he is crated, I actually leave the door, with the baby gate up though, to his room open, so he can see, hear and smell the other dogs in the house but doesn’t have to interact with them.

Today is his second day in our house. He’s opened up a little more and started to play and interact with me. 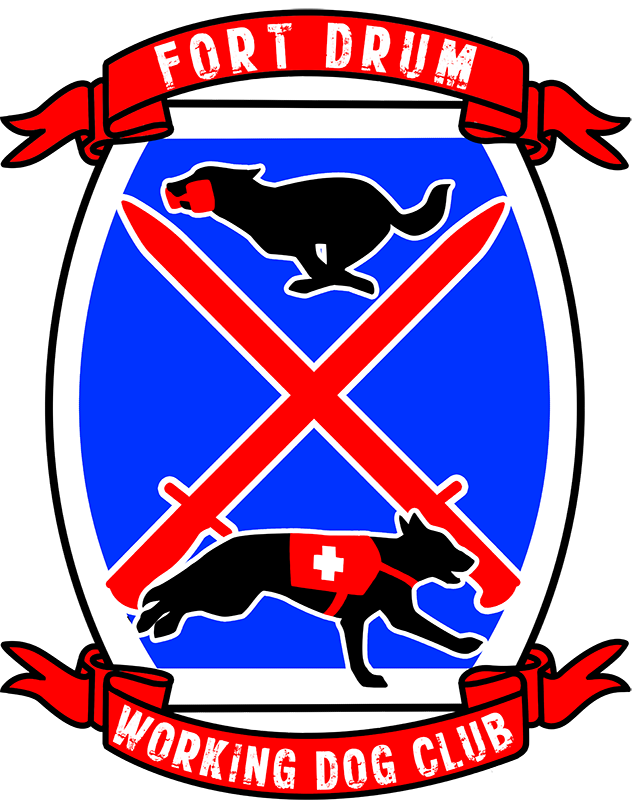